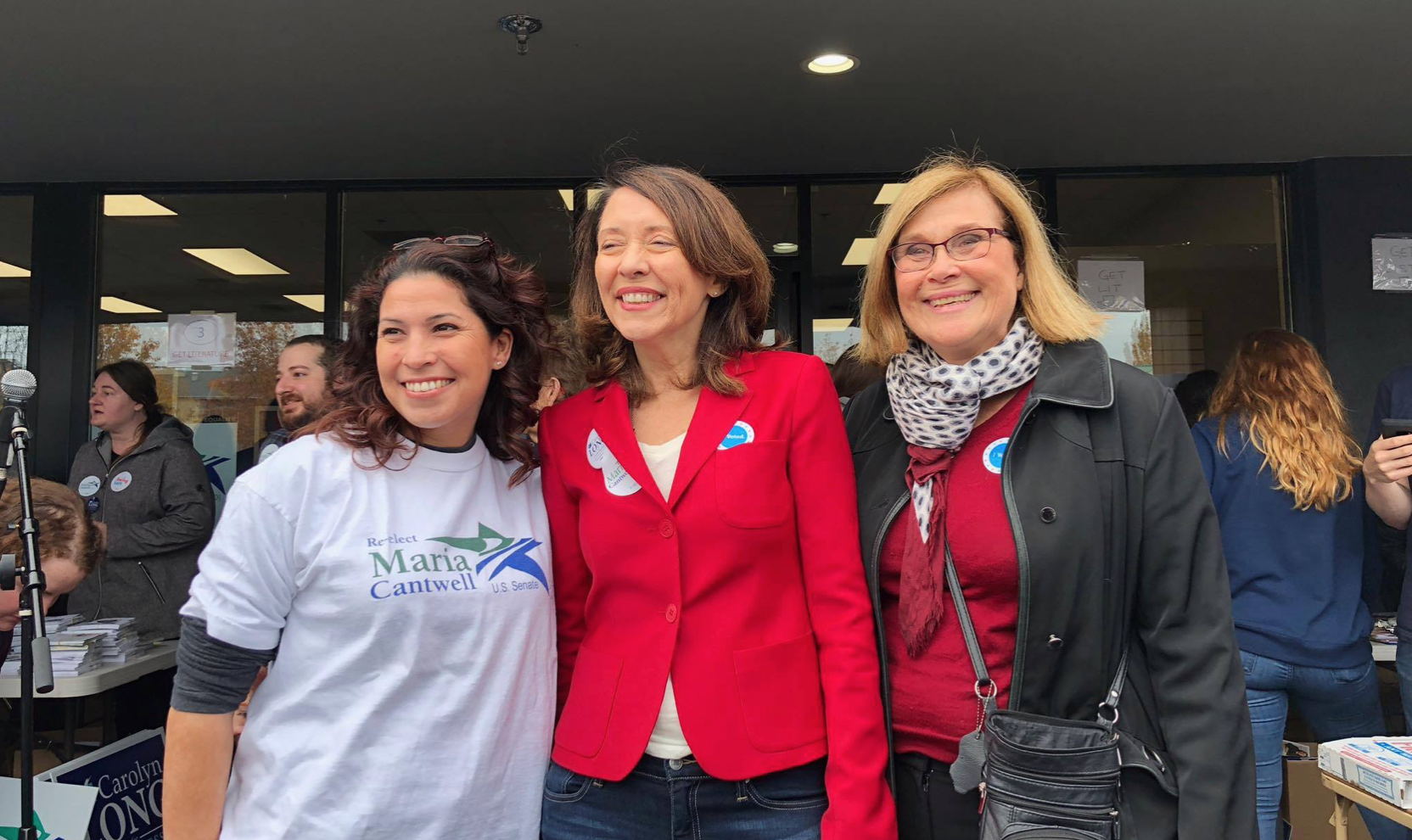 Well folks, the election is over except for some very close races that are still pending. I am proud and energized by the quality of candidates
that stepped up and put their hearts and souls into reaching out to voters. I am proud of my district for great turnout and activists who got out the vote and supported good candidates around the state. Some great people won and some did not. I hope those who did not win will not give up on public service.

The messages I take from this year’s election are that voters want their leaders to have clear standards and values but to be able to connect with those of different beliefs. People want to be heard and respected and they want leaders who respond in an honest way. The word authenticity appears often in articles that analyze the state of politics.

It has taken me a while to make post-election comments. This election wasn’t about me. When one is running is a contested race the pressure is always on to express your values, state positions, get attention and try not to be misinterpreted or to say anything stupid. Instead, I had no opponent and I did my best to be accessible and to attend as many forums as I could. I also contributed what I could in time and money to people who I believed would be the kind of leaders I respected and could have confidence in.

We remain a part of a nation that is closely divided in beliefs about the role of government and opinions about taxes and the major issues facing us. The following thoughts are what I would like to see:

1. There are a lot of new members in our state legislature. I would like to see us get to know each other as people and to move quickly past the competition of the win/lose reality of the campaigns.

2. I would like voters to hold us to a high standard of civility and trustworthiness.

3. I would like the media to write and talk as much about what is right in politics as what is wrong. It would be nice to have conflict be reported accurately in a way that doesn’t pander to our worst selves. I am not sure how that would happen.

4. I would like all of us to have a longer attention span to understand and solve the most complex problems of our day. And to be willing to change course when we err.

5. With the next census and redistricting coming up I would like to see fewer “safe” districts for either party. We should have enough faith in our best people to prevail on an even paying field.

6. I would like to see more smart, ethical energetic problem-solvers willing to get involved.. to volunteer and to run for public office. I will tell anyone who wants to know what this work is like. It is not all conflict and negativity. People who disagree with me do offer respect and even friendship.

There is no progress without the risk of mistakes, embarrassment and criticism. No one will ever get all that they want. A worthwhile job is not just about compensation. But we all yearn to make a difference and to have meaning in our lives. We all want those we love to be healthy and joyful. Some of the best words of advice I have ever heard is from Stephen Covey’s Seven Habits of Highly Effective People. For politics my favorite words are: “seek first to understand and then to be understood. “

For long term familial relationships and the world of trustworthiness: “you can’t talk yourself out of what you behave yourself into.“

I may not have gotten the exact words but I am your you know what I mean. And gratitude above all. I am so grateful to live with my family in this incredible part of our planet. I am so grateful that people I work to represent trust me for another two years. I will do my best to do well at this interesting , wonderful challenging and sometimes difficult job.